Art in Madrid - The Great Galleries

Two visits to the Prado plus the Thyssen-Bornemisza Collection and the Reina Sofía, home to Picasso’s Guernica.

A brush with history on an art tour of Madrid, by Paul Richardson

While the Museo del Prado alone might justify a visit to Madrid – and this tour has two sessions there – the city has other excellent collections which reinforce its reputation as one of the great art centres of Europe.

This city of Velázquez and Goya has been enormously enhanced over the years by the Thyssen-Bornemisza Collection and the Reina Sofía Museum. Both these and the Prado boast superb facilities and exhibiting spaces thanks to the work of architects Jean Nouvel (Reina Sofía), Manuel Baquero and Francesc Plá (Thyssen) and Rafael Moneo (Prado) converting them into world-class galleries. Our stints at the ‘big three’ are interspersed with less-visited collections.

The great Spanish painters – including El Greco, Murillo, Velázquez, Goya and Picasso – are of course magnificently represented on the tour, but the collecting mania of the Habsburgs and Bourbons and their subjects has resulted in a wide range of artistic riches which will surprise and delight. There is a large number of outstanding paintings by Titian and Rubens, for example, and the Prado has by far the largest holding of the bizarre creations of Hieronymus Bosch.

Fly at c. 9.15 am from London Heathrow to Madrid (Iberia Airlines). Begin at the Archaeological Museum, good on ancient Iberian civilization and Roman Spain. Settle into the hotel before dinner.

Start with a first visit to the Prado Museum, which is among the world’s greatest art galleries, concentrating on the Spanish school. In the afternoon visit the Lázaro Galdiano Museum with works by El Greco, Goya and Murillo and then the Sorolla Museum, in the charming house of the eponymous Impressionist painter.

Morning visit to the Royal Tapestry Factory, founded in 1721 by Phillip V with designs by Goya, many of which are still reproduced today. Continue to the Royal Academy of Fine Arts, home to works by Goya, Zurbarán, Ribera and Murillo. The afternoon is spent at the Thyssen-Bornemisza Collection, housed in the 18th-century Palacio de Villahermosa, one of the world’s largest private art collections until its purchase by the Spanish state in 1993.

Travel by coach to the church of San Antonio de la Florida, with fine Goya frescoes, before returning to the Prado, this time primarily to see the Italian and Netherlandish schools. The afternoon is free to allow for temporary exhibitions (details nearer the time) or a visit to the 18th-century Royal Palace.

Walk via Herzog & de Meuron’s CaixaForum to the Centro de Arte Reina Sofía, one of the greatest modern art museums and home to Picasso’s Guernica plus works by Miró, Dalí and Tàpies. Fly to London Heathrow, arriving c. 6.50pm.

Art historian specialising in Spanish art and sculpture and Director of the Wallace Collection, London. Formerly Chief Curator of Dulwich Picture Gallery and Assistant Curator of 17th and 18th-century European paintings at the National Gallery. His exhibitions include Murillo & Justino de Neve: The Art of Friendship and Goya: The Portraits. He completed his PhD at Trinity College, Dublin. Twitter: @XBray | Instagram: @xabibray

Air travel (economy class) on Iberia Airlines flights (Airbus A321); private coach for transfers and excursions; accommodation as described below; breakfasts and 3 dinners with wine or beer, soft drinks, water, coffee or tea; all admissions; all tips for waiters and drivers; all taxes; the services of the lecturer and tour manager.

The tour involves a lot of walking and standing in museums (which can be more tiring than moving around). A good level of fitness is essential. You will be on your feet for lengthy stretches of time. 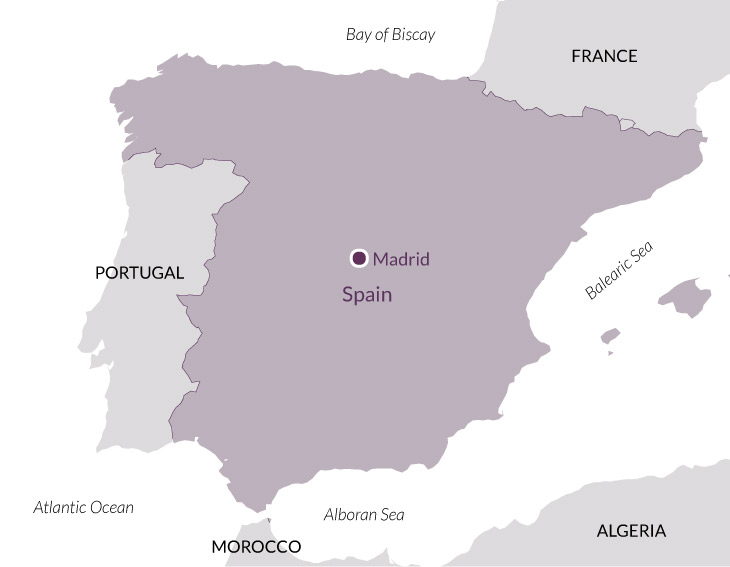 'I have been put off by cost in the past but now that I have sampled MRT I can see it is good value for money. I also enjoyed being with the like-minded group of travellers.'

'This was my first visit to Madrid and I feel I’ve had a really excellent introduction to the wide range of art it offers.'

'Excellent range of visits – several that would have been completely missed if travelling on my own.'

'The best possible introduction to Madrid and its art.'

'Outstanding. We saw everything we had looked forward to and lots of unforeseen treasures.'

'The tour was made memorable by our lecturer. His knowledge and enthusiasm throughout were exceptional.'

'The lecturer was outstanding: a very good communicator, friendly, informal manner and of course a considerable expert.'