The Lucerne Festival - Music in the Swiss mountains

A summer music festival of the first rank in the loveliest of Swiss cities.

Walks and visits in the city are balanced with an excursion in the surrounding hills and plenty of free time.

Ever since its inauguration over seventy years ago, with a concert conducted by Arturo Toscanini in the grounds of the lakeside house where Wagner had stayed, the Lucerne Festival has been regarded as one of the most prestigious music festivals in Europe.

The event has been further enhanced by a brilliant venue. The KKL (Kultur- und Kongresszentrum) is a giant glass-and-steel arts complex located right on the lake just a few hundred yards from the old town of Lucerne. Designed by Frenchman Jean Nouvel and completed in 2000, this is modern European architecture at its finest. Its colossal cantilevered roof projects over the water’s edge, bringing the changing moods of the lake right into the building, and water channels separate the various wings. The most advanced acoustical science has been lavished on the beautiful Konzertsaal.

And could there be a lovelier city in which to attend a summer music festival? Lucerne occupies one of the most picturesque settings in Switzerland, divided into two parts by its river, bordering on the dramatic shores of the Vierwaldstätter Lake and overlooked by craggy mountains. Its mediaeval prosperity is still visible in the squares, guildhalls and churches that line its riverbanks. The nineteenth century was a heyday for Lucerne as it led the way in attracting tourism to Switzerland.

Fly at c. 12.15pm from London Heathrow to Zurich (British Airways). Drive to Lucerne, a lively, historic city amid lake and mountain.

A morning walking tour of Lucerne, starting at the oldest road bridge in Europe, the richly decorated Chapel Bridge, and continuing to the Spreuerbrücke, another historic covered bridge notable for its ‘Dance of Death’ roof panels. Visit the Rococo interior of the huge Jesuit Church and the 13th-century Franciscan Church. Free afternoon. Evening concert at the KKL with the Lucerne Festival Orchestra
Yannick Nézet-Séguin (conductor), Yuja Wang  (piano): Mozart, Piano Concerto No. 20 in D minor, K.466; Bruckner, Symphony No. 8 in C minor, WAB 108.

A morning visit to the Sammlung Rosengart, an extraordinary collection devoted to 20th-century art including many works by Picasso. Afternoon concert at the KKL with Cecilia Bartoli (mezzo-soprano), Les Musiciens du Prince-Monaco, Gianluca Capuano (conductor): ‘An Afternoon at the Opera’ programme to be confirmed. Dinner precedes an evening concert at the KKL with Lucerne Symphony Orchestra, Michael Sanderling (conductor), Steven Isserlis (cello): Weber, Overture to Der Freischütz, Op. 77; Robert Schumann, Cello concerto in A minor, Op. 129; Symphony No. 4 in D minor, Op. 120.

A second walking tour includes Hofkirche, a 17th-century church with a lovely Italianate cloister and two Romanesque towers, visit the city’s chief 19th–century monuments including the famous Löwendenkmal, a great lion-statue hewn from a cliff-face in 1821 in honour of Swiss mercenaries killed in the French Revolution, and the Bourbaki Panorama, a giant circular mural depicting events of the Franco-Prussian War of 1870. Evening concert at the KKL with Chicago Symphony Orchestra, Riccardo Muti (conductor), Alice Coote  mezzo-soprano: Britten, Four Sea Interludes from Peter Grimes, Op. 33a; Elgar, Sea Pictures Op. 37; Tchaikovsky, Symphony No. 6 in B minor, Op. 74 Pathétique.

All-day excursion to Mount Rigi, traversing lake Lucerne by boat and taking the funicular to the start of the walk. Lunch on the mountainside with a majestic 360° panorama of the Swiss plateau before returning to Lucerne. Evening concert at the KKL with Chicago Symphony Orchestra, Riccardo Muti (conductor), Anatoli Lyadov, ‘The Enchanted Lake’, Op. 62; Stravinsky, Concert Suite No. 2 from the ‘The Firebird’; Brahms, Symphony No. 2 in D, Op. 73.

Romantik Hotel Wilden Mann: a 4-star hotel dating back to the 13th century located in the heart of the historic town centre. All double rooms in the hotel have two single mattresses on one bed frame, as is the usual style in Switzerland. Single rooms are doubles for sole use.

A good level of fitness is necessary. It should not be attempted by anyone who has difficulty with everyday walking and stair-climbing. The concert hall is located half a mile from the hotel. The drive from Zurich Airport to Lucerne takes approximately 1 hour. 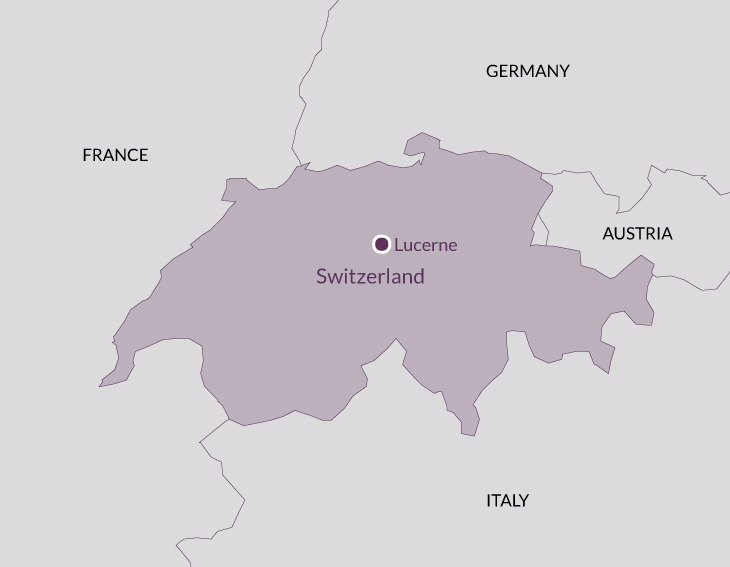 'A most rewarding tour. Just a brilliant few days in Lucerne.'

'Very good indeed and mixture of walks and music perfect.'

'Top marks to the lecturer who offered brilliant insights into the vary varied works to be performed.'

'The itinerary was excellent, varied and well-balanced. We had a good mixture of culture, concerts, excellent food, sightseeing, trips, with each day in itself a balance of all of these.'