The advent of the 1st millennium BCE saw an increased rise in contact between civilisations, particularly along the great land and maritime routes that linked different centres of power. The impetus for connectivity was often a desire for rare and precious materials such as ivory, cornelian and lapis lazuli, or metals such as tin, essential for the manufacture of bronze for superior weaponry. Luxury artefacts were traded and exchanged along these routes, and ambitious rulers even sought to enhance their prestige by importing wild and exotic animals for their gardens, for hunting or simply for their own amusement.

These interactions, sometimes across thousands of miles, stimulated artistic enrichment throughout the centuries. This series focuses on the flowering of arts across boundaries from India to Mesopotamia, the Persian Gulf to Europe. Precious objects including virtuoso metalwork and ivories, and expensive commodities discovered on shipwrecks, all reveal connections between the ancient cultures of Egypt, the Mediterranean and the Near East. In these days of international communications these talks look back to periods in antiquity when global exchange played a significant part in the development of art and culture.

They take place every Monday and Wednesday from 24th April to 10th May at 4.30pm (GMT +1) and, including Q&A, will probably last an hour. They are available for viewing for eight weeks after the last episode is streamed (5th July 2023).

Register for the webinar series for £75

Imperial expansion through warfare inevitably leads to cultural dominance in conquered territories. This talk explores how the pharaohs of the Egyptian New Kingdom stamped their identity on the lands they conquered in the Levant and Ethiopia. It also explores maritime trade in the New Kingdom era.

2. Mesopotamia and Anatolia: Merchants and Materials of Exchange (26th April 2023)

A rich archive of cuneiform correspondence attests to a lively trade between Assyria and Anatolia in the middle Bronze Age. Evidence for an Assyrian trade colony in central Anatolia and its use of textiles as a major trade unit is discussed in this talk.

From c.1200 to 700 BCE the Assyrians dominated the Near East. Economic and cultural exchange between Assyria and its vassal states is expressed in a variety of luxury items. Of particular importance are ivory carving and inlays found in Neo-Assyrian palaces, which we examine in detail here.

The Zagros mountains separate modern Iran and Iraq. Yet in antiquity the Zagros was a major area of cultural interaction, an important zone of contact between various Mesopotamian and Iranian peoples. This lecture looks at the material culture of this unique area of cultural and social exchange.

5. Pre-recorded. Early Greece and the Near East: Orientalization (8th May 2023)

At all ages in its history Greece had cultural exchange with its eastern neighbours, but in the period c. 900-700 BCE the influence of Near Eastern civilisations on the arts of Greece were profound and deep set. This lecture explores this era – dubbed by archaeologists the ‘Orientalizing Period’.

The Persians ruled the biggest empire the ancient world had ever seen. This talk examines Persian court art, material culture and trade and looks at its spread east in Indian material culture. It also explores the trade in art and material culture of the Ashokan period.

Chair in Ancient History at Cardiff University and Director of the Ancient Iran Program for the British Institute of Persian Studies. He has spent extensive time in Iran, and is a specialist in the histories and cultures of ancient Iran, the Near East and the Classical World. He has often appeared on the BBC, Channel 4, in The Times and other media outlets. His books include Creating a Hellenistic World, Ctesias’ History of Persia: Tales of the Orient and Designs on the Past: How Hollywood Created the Ancient World. A new book, The Persians, will be published by Wildfire in 2022.

Register for the webinar series for £75

What methods of payment do you accept?

An electronic invoice will be sent to your e-mail address 1–3 working days after you have completed our registration form. Payment can be made online using AMEX, Apple Pay, Google Pay, MasterCard or Visa.

How do I purchase the webinar series as a gift?

Please contact us specifying how many subscriptions you would like and who they are for (we require their full name and e-mail address). We will invoice you directly, and after we have received your payment we will release the webinar joining instructions to your friend(s) or family member(s).

Can I purchase a single episode?

No, unfortunately not. The series must be purchased in full.

How do I join the webinar?

An e-mail confirmation will be sent to you after you have paid for your subscription, which includes your unique link for joining the webinar. Reminder e-mails will be sent to you one day and one hour before each event. We recommend that you download the Zoom software in advance of the first webinar.

Can I watch the live broadcast(s) on more than one device?

Only one device can be connected to the live broadcast(s) at any one time. If you wish to purchase a second subscription, please contact us.

What happens if I am unable to attend the live broadcast(s)?

A recording will be uploaded to a dedicated webpage approximately two hours after the live broadcast. For copyright reasons, these recordings cannot be made available indefinitely; access is granted for eight weeks after the final live broadcast of the series. 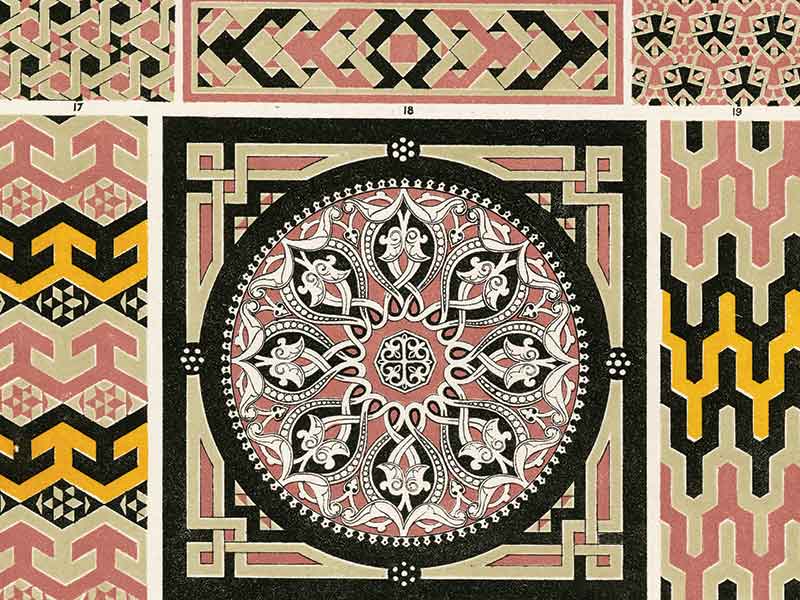