Seven of the finest houses and gardens in East Anglia, all still in private ownership, with specially arranged in-depth visits.

Reveals the social and political role of these great houses and the web of relationships between their patrons.

Based throughout in a country house hotel.

Led by Dr Andrew Moore, a specialist in country houses, Robert Walpole and the art and architecture of Norfolk.

Country houses are among the greatest glories of England’s heritage. Architecture and decoration, furniture and works of art, parks and gardens, farms and commercial ventures (of which tourism is one) are all part of the mix. It is demonstrably the case that the presence and dedication of resident owners not only constitutes the most effective means of maintaining and conserving these complex organisms but also ensures the place retains an inimitable and irreplaceable atmosphere.

All seven properties on this tour are in private hands, in some cases the descendents of the family which built them centuries ago. Only two are regularly open to the public without prior appointment, but even at these we have made special arrangements which are not available to most visitors. The others admit occasional interested groups.

This is an astonishing group of largely eighteenth-century, Whig-dominated powerhouses of taste and parade. They present some of the most important Neo-Palladian architectural ensembles in Britain and feature original furnishings and outstanding collections of works of art.

‘Taste, expense, state and parade’ – Lord Hervey to the Prince of Wales, 14 July, 1731. The story of the building of Houghton Hall, the countryside palace of Sir Robert Walpole, Britain’s first prime minister, was the cause of celebration, and some notoriety, due to the extraordinary cost of creating both the house and the collection of Old Master paintings.

William Kent is the hero of the hour, variously as architect, interior designer and landscape architect. Colen Campbell, James Gibbs, Thomas Ripley and other leading architects of the 18th century are also represented. The tour finishes with a different experience, the finest surviving merchant’s town house in England. Here in particular but also at other houses visited much of the interest lies in conservation and restoration.

Some visits cannot be confirmed until January 2023.

Raynham Hall. You choose whether to join the tour at Congham Hall Hotel at 1.30pm or King’s Lynn railway station at 2.00pm. The Dutch gables of Raynham Hall show that it dates to the 1620s, though it was an early adopter of Italian Renaissance features. A hundred years later Viscount Townshend commissioned William Kent to refurbish and extend the house, and the sumptuous interiors are among his finest. Raynham Hall has strong historical links with the USA.

Holkham. With Holkham Hall the English country house reached a peak of perfection, the serene geometry of the Palladian edifice contrasting with the ‘natural’ layout of the deer park, the chaste exterior belying the staggering richness of the interiors and the artworks. The client was the Earl of Leicester, the architect William Kent. The house is closed to the public today and access includes hidden passages, back stairs and servants’ quarters, and there is a tour of the grounds by trailer.

Ryston, Wolterton. Ryston Hall was built 1669–72 to the design of Sir Roger Pratt, among the first of the amateur patron architects so well represented in Norfolk. Subsequent alterations by John Soane, 1787–1788, and to a lesser extent by Anthony Salvin. The house remains in the Pratt family ownership and its collections survive as a classic example of an English family continuum. Wolterton Hall was built in the 1720s for Horatio Walpole, Sir Robert’s brother. Neo-Palladian in style, it is the best work of architect Thomas Ripley. The story of its restoration by the current owners is fascinating. The tour is followed by drinks.

Houghton, Sheringham. The grandest monument of English Palladianism, Houghton Hall was built for Sir Robert Walpole, masterly statesman and first – and longest-serving – prime minister. Construction began in 1722, and several of the leading architects of the time contributed to its design, including James Gibbs, Colen Campbell, William Kent and Thomas Ripley. Though Sir Robert’s picture collection was sold to the Russian imperial family in 1779, the house remains filled with art. Spectacular walled garden, extensive park, exhibition of contemporary sculpture. Sheringham Hall was built for Abbot Upcher between 1813 and 1819 and survives today very much as it was planned. It may be regarded as Humphry Repton’s ideal of a country house: a combination of the neo-classical and the romantic.

Clifton House. Situated in the centre of King’s Lynn, Clifton is probably the finest surviving merchant’s town house in England. As well as Tudor, Stuart and Georgian interiors, a magnificent staircase and the largest domestic medieval tiled pavement, there is an Elizabethan tower with spectacular views. A light lunch here before the coach takes you to King’s Lynn railway station by 2.45pm and on to the hotel. 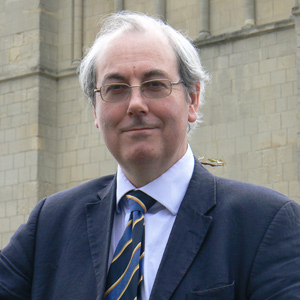 Writer, curator, and specialist in the study of country houses and their art collections. Formerly Keeper of Art, Norwich Castle Museum & Art Gallery, Andrew is Programme Director for the Attingham Trust, for the study of the English Country House. In partnership with the State Hermitage Museum, St. Petersburg, he co-authored a reassessment of Sir Robert Walpole’s art collection at Houghton Hall and is co-author of Houghton Hall: Portrait of an English Country House, Rizzoli 2014. He is currently writing a book on the impact of Thomas Coke’s European Grand Tour on Holkham Hall, Norfolk.

Hotel accommodation as described below; private coach throughout; breakfasts; 3 light lunches; 3 dinners with wine, water, coffee; admission to houses; tips for waiters, drivers, guides; the services of the lecturer and tour manager.

Congham Hall Hotel, Congham. A converted country house (AA 3-star), with airy and well appointed rooms, traditional décor, pleasant and informal public rooms are and attractive gardens. There is a spa and indoor swimming pool. Single rooms are doubles for sole use.

There is quite a lot of walking on this tour and it would not be suitable for anyone with difficulties with everyday walking and stair-climbing. Coaches can rarely park near the houses, and gardens are extensive. Average distance by coach per day: c. 35 miles. 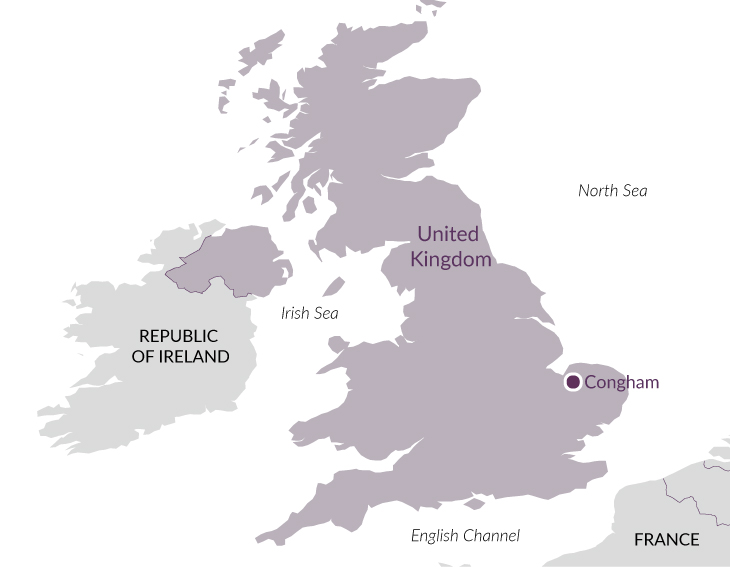