Royal Residences - Palaces & houses in & around London, with private visits

Visits nine palaces and homes, several of which are still in use by the Royal Family.

As rich a theme as any that London and its environs has to offer, with outstanding art and architecture, with past and present brought alive.

Good hotels near Windsor and in Whitehall.

This tour studies some of the most splendid secular buildings in Britain: Buckingham Palace, Windsor Castle and Hampton Court are of a size and magnificence which are unrivalled. Other buildings visited are glorious fragments – the Banqueting House and the Queen’s House, surviving parts of the long-demolished palaces of Whitehall and Greenwich, and the Great Hall of Westminster Palace, rebuilt as the Houses of Parliament.

The dominant role of royalty in building activity in England ended abruptly with the death of Henry VIII and did not revive until the late eighteenth century under George III and George IV. Subsequently, royal patronage was constrained by the parsimony of Parliament and a prevailing dislike of Continental-style absolutism – and, long before constitutional monarchy emerged as the established political order after 1688, shortage of cash. There is no Versailles in England, no Caserta, no Winter Palace.

Nevertheless, decorum continued to demand that the official residences of the monarch be appointed with a decorative richness which set them apart from even the grandest apartments of the nobility. The gorgeous gilded interiors of Buckingham Palace need to be seen in this context, and the seemingly bombastic sequence of halls and chambers at Windsor and Hampton Court need to be read as symbolic of the might of the nation as well as of the aspirations of the sovereign.

The taste and predilections of the inhabitants of these royal residences also contribute to their appearance, of course. Some members of the Royal Family have been passionate about art and architecture and aspired to be enthroned amidst the latest style and in maximum magnificence, but many have been content with – or even yearned for – something more modest.

So within the remit of this tour are some charming, fascinating but really rather modest mansions – Frogmore House in Windsor Great Park and Clarence House in St James’s. Modesty, however, is relative, and these rank among the finest historic houses of England.

Architecture and decoration are not the sole subjects of the tour. The Royal Collection is one of the greatest in the world; the Queen’s palaces are replete with paintings, sculptures, furniture, porcelain and textiles of international importance. The unoccupied palaces are also amply furnished and adorned. Art, architecture, history, personalities: the theme of royal residences is one which is as rich and stimulating as any that London and her environs has to offer.

Note that appointments for private tours cannot be confirmed until January 2018.

Kensington Palace, Windsor. The coach leaves central London at 9.45am. Kensington Palace began modestly and was extended for William and Mary and the first two Georges by leading architects. Recently restored, it is thoughtfully presented to differentiate suites. Drive to Egham and settle into Great Fosters Hotel. There is a private evening tour of the state apartments of Windsor Castle, which was founded by William I – the Norman motte and bailey still dominates – and has been occupied by nearly every monarch since (the present Queen included). Centuries of embellishment has resulted in one of the most impressive palaces in the world. Overnight Egham.

Hampton Court, Frogmore. Hampton Court was begun by Cardinal Wolsey, enlarged by Henry VIII and 150 years later partly rebuilt by Christopher Wren for William III and Mary II. The most sumptuous of surviving Tudor palaces is joined to the most magnificent of 17th-cent. buildings in Britain; great interiors, fine works of art, beautiful gardens, a formal park. There follows a private visit to rarely-open Frogmore House. A farmhouse bought and enlarged by George III, it was used by successive sovereigns as a country residence, and is still used for entertaining. Overnight Egham.

Windsor, Clarence House. Return to Windsor Castle to see more of this vast complex, including St George’s Chapel, one of England’s finest Gothic buildings, and the Albert Memorial Chapel. In the late afternoon there is a private visit to Clarence House, a Nash mansion which was home to William IV while king, Princess Elizabeth from 1947, the Queen Mother from 1952 and the Prince of Wales from 2002. After seeing the excellent collection of Tudor portraits at the National Portrait Gallery, stay for dinner at its roof top restaurant. Overnight London.

Greenwich, Buckingham Palace. By fast river bus down the Thames to Greenwich. Of the great palace, a Tudor favourite, only the Queen’s House remains, designed by Inigo Jones in 1616 and the first truly Classical building in Britain. The rest was replaced by the Royal Naval Hospital built by Wren, Hawksmoor and Vanbrugh, the finest ensemble of Baroque architecture in Britain. In the afternoon visit the state rooms of Buckingham Palace. A mansion of 1703 remains at its core, but periodic refurbishment and enlargement, most significantly by John Nash for George IV in the 1820s, led to today’s truly palatial experience. Overnight London.

Westminster, Whitehall. Edward the Confessor began building an abbey and adjacent palace at Westminster in 1050. The Great Hall, the largest in Europe when built by William II 50 years later, and spectacularly re-roofed c. 1400, is the main mediaeval survivor; fires in 1512 and 1834 erased the rest. The present Houses of Parliament, designed by Barry and Pugin and the most richly ornamented of Victorian buildings, rose in its place and still ranks as a royal palace. Whitehall was one of the largest palaces in Europe but was burnt in 1698; only the epoch-making Banqueting House by Inigo Jones and Peter Paul Rubens survives. The tour ends at lunchtime.

Hotel accommodation; breakfasts and four dinners with wine, water and coffee; transport by private coach, and journeys by Thames waterbus; all admissions; all tips; all taxes; the services of the lecturer and tour manager.

Great Fosters, Egham. Located between Windsor and Hampton Court, Great Fosters is a 4-star hotel in a Grade One listed building of the 16th and 17th centuries, sympathetically restored and surrounded by acres of gardens and park. Bedrooms vary in size and décor, but many are furnished with antiques and all are well equipped with modern conveniences. Royal Horseguards Hotel, London. A 5-star hotel just off Whitehall and within walking distance of, or a short taxi ride to, most of the London palaces. The style is that of an international hotel and bedrooms are comfortable with all mod cons. Single rooms are doubles for sole use throughout.

Participants need to be good walkers and have stamina. On occasion there is a walk of 20 minutes or more between the coach (or water bus) and the palace, and some of the visits are of two hours or more without a break. Average distance by coach per day: 20 miles. 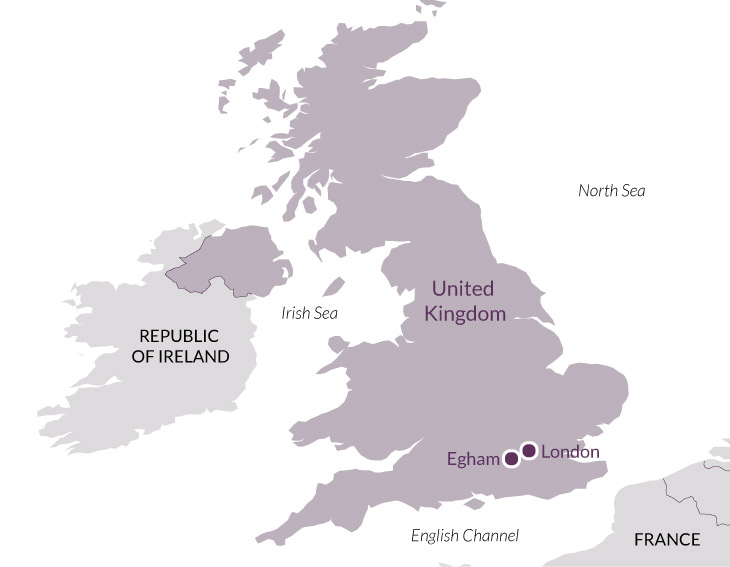 'I was unprepared for the gobstopping brilliance of the buildings. It will remain with me for a long time.'

'The tour has obviously been well researched and thoroughly arranged. The lecturer was charming and full of knowledge.'

'Absolutely brilliant. I cannot imagine anything that could have been added to it.'

'This tour was of the highest quality and had many special moments. I was overjoyed and surprised by the amount of quality art we saw and the information the lecturer gave us about it.'