Renaissance villas and gardens, many accessible only by special arrangement.

Ideal time of year to see the gardens in autumnal colour.

The countryside around Rome has long been the playground of the privileged, but it was in the 16th century that the region of Lazio took the lead in garden design. The wealthy families of popes and cardinals, such as the Farnese and Este, commissioned masters like Vignola and Pellegrino Tibaldi to design villas and gardens in the campagna romana to which they could escape from the worldly cares of the capital to places of tranquility and repose. Vasari wrote of Caprarola that it was ‘marvellously situated for one who wishes to withdraw from the worries and tumult of the city’.

But Renaissance gardens developed to offer more than a haven of peace and a chance for contemplation; they also provided the patron with the opportunity to vaunt his knowledge of the antique world. Garden design and ornamentation were steeped in references to classical mythology. Gardens also became places of entertainment, whether formal or frivolous. The use of water tricks or giochi d’acqua – allowing the owner to ‘drown’ an unsuspecting visitor at the pull of a hidden lever – is a prime example of the latter.

The towns, villas and gardens to the north of Rome are set against a backdrop of an almost fantasy, surreal landscape: villages perch high on volcanic outcrops, villas and gardens are carved out of purple tufa. To the west and south of Rome this extraordinary scenery gives way to more classically pastoral scenes, offering glimpses of Claude Lorrain’s inspiration for many of his depictions of the campagna romana, which in turn became the foundation of the landscape style of gardens in 18th-century England.

Fly at c.10.30am (British Airways) from London Heathrow to Rome Fiumicino. Drive to the countryside near Viterbo where the first two nights are spent.

Bagnaia, Caprarola. The Villa Lante at Bagnaia, by Vignola, has been universally admired since its creation: the twin casinos are subordinate to the design of the delightful terraced gardens with restored giochi d’acqua and fountain by Giambologna. On a hilltop at Caprarola, sits the imposing pentagonal villa designed by Vignola for Cardinal Alessandro Farnese, with an extensive park adorned with fountains, walled gardens and a casino.

Bomarzo, Vignanello. Vicino Orsini created a Renaissance ‘theme park’ at Bomarzo of extraordinary grotesque animals and statues which appear to be elaborate albeit arcane allegories. Visit the Renaissance Castello Ruspoli and its enchanting gardens (by special arrangement). First of three nights in Grottaferrata, near Frascati.

Tivoli. Spend the morning at Hadrian’s Villa, designed entirely by him and inspired by sites he visited during his imperial travels, undoubtedly the richest building project in the Roman Empire. Lunch is at a good restaurant with astonishing views. The vast garden at Villa d’Este became one of the classic visits on the Grand Tour.

Ninfa, Torrecchia Vecchia. Drive to Ninfa, one of the most famous and best-loved English gardens abroad, where the ruined buildings of a medieval town have been transformed into a setting so extraordinarily beautiful that it has long been a place of pilgrimage for gardeners. Continue to Torrecchia Vecchia, a 15-acre Romantic garden also within the crumbling walls of a medieval hilltop village, designed by Dan Pearson.

Villa Aldobrandini. Visit the best and most famous example of the early Italian Baroque style (by special arrangement). Fly from Rome, arriving Heathrow at c. 5.00pm.

The tour is dependent on the kindness of many individuals and organisations, some of whom are reluctant to make arrangements far in advance, so the order of visits outlined above may change and there may be substitutions for some gardens mentioned. 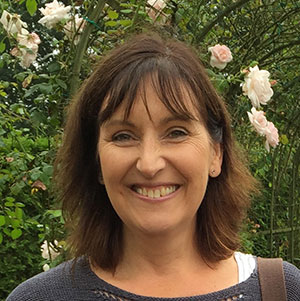 Award-winning garden designer, writer, broadcaster and artist. A member of the Society of Garden Designers and the Garden Media Guild, she has created Show Gardens at Chelsea and Hampton Court, and has designed over 200 private and public gardens. She lectures widely including at the London College of Garden Design, the RAC and the Lurie Garden in Chicago. Her particular interest is in 20th-century and contemporary garden design. Twitter: @APattonGardens | Website: amandapatton.co.uk

Flights (Euro Traveller) with British Airways (Airbus 319); travel by private coach; hotel accommodation; breakfasts; 3 lunches and 4 dinners with wine, water, coffee; all admissions; all tips; all taxes; the services of the lecturer.

Alla Corte delle Terme, near Viterbo, a comfortable 4-star in the countryside outside Viterbo. All rooms are suites. Park Hotel Villa Grazioli, Grottaferrata: a 4-star hotel overlooking Frascati and Rome, in a 16th-century villa containing frescoes by Ciampelli, Carracci and Pannini. Rooms are in the Limonaia wing. Single rooms throughout are doubles for sole use.

A good level of fitness is essential. Some gardens are very large, many are on sloping ground and the coach will often not be able to set down at the entrance to the sites. Average distance by coach per day: 60 miles. 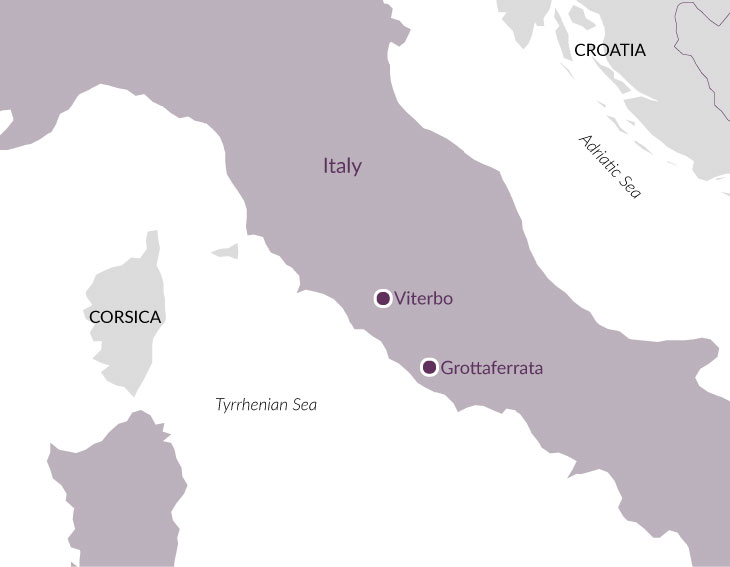 'We saw the most extraordinary gardens, all never to be forgotten.'

'Absolutely right - exactly the gardens I should have wished to visit, with the right amount of time allocated to each.'

'I thought the itinerary was very well chosen with an excellent balance in the selected gardens.'

'Our lecturer was an excellent guide – full of enthusiasm for the cultural heritage of Italy.'