Conservation and Heritage: Champions and Challenges - A residential symposium in Liverpool

Our 48-hour residential symposium in Liverpool brings together leading figures in the field of conservation and the built environment for a series of lively and provocative lectures and discussions.

The symposium is held at Bluecoat, the oldest standing building in the city centre, which became the UK’s first arts centre; a prime example of the repurposing of a redundant 18th-century building.

There are three packages to choose from, with prices varying according to hotel.

For anyone who cares about preservation and the built environment, conservation is a burning issue. There are many stories of rescue, restoration and regeneration, but destruction and degradation continues apace and the challenges are immense.

Our 48-hour symposium in Liverpool brings together leading figures in the field of conservation and the built environment for a series of lively and provocative lectures and discussions. Among the speakers are Simon Jenkins, Simon Thurley, Marcus Binney, John Darlington and Donald Insall.

The debates concern not only the survival of individual historic buildings but also the impact of development on the wider environment, on views and vistas and the public realm. Is the march of modernity – particularly the proliferation of skyscrapers – inevitably the enemy of heritage? Does conservation legislation still have teeth? Is tourism the preserver or the destroyer of historic fabric and communities? Can the housing crisis be cured without irreparable damage to our architectural legacy?

There will also be talks celebrating the skills and scholarship that make restoration possible, demonstrating how new uses can be found for obsolete buildings and setting out the case for the economic sustainability of regeneration.

Liverpool has more listed buildings than any city outside London, but in the post-industrial era conservation issues are particularly acute here. Controversy flares regularly, whether over the demolition of back-to-back working-class housing or the threatened encircling of the historic core which led to the threat to withdraw unesco World Heritage Site status.

The event begins at 3.00pm on Wednesday 7th November and concludes at 1.00pm on Friday 9th November. Refreshments and one dinner is included, and there is an evening lecture and reception in the Grade 1-listed Town Hall. The symposium is held at Bluecoat, the oldest standing building in the city centre, which became the UK’s first arts centre; a prime example of the repurposing of a redundant 18th-century building.

Marcus Binney CBE. Co-founder and executive president of SAVE Britain’s Heritage, co-organiser of The Destruction of the Country House (V&A, 1974) and victor of many celebrated conservation campaigns.

Jonathan Brown. Director of Share the City, an urban study tour company providing specialist location guidance for academics, investors and private groups visiting Britain. A planner, academic and campaigner, he has worked as a lead consultant on housing and central area master plans across England.

Professor Harry Charrington. Head of department, Architecture and the Built Environment, University of Westminster, where there is unrivalled attention to context and the public realm.

Clare Gough. Director of Pitzhanger Manor & Gallery Trust, appointed to oversee its £11m restoration. She previously led projects at the National Gallery and the V&A.

Hendrikus van Hensbergen. Founder and CEO of Action for Conservation, a young environmental charity that inspires and empowers young people from diverse backgrounds to become the next generation of nature conservationists.

Sir Simon Jenkins FSA FRSL. The outstanding heritage journalist and polemicist of our time. He has been editor of the Evening Standard and The Times and Chairman of the National Trust, and currently writes regular columns for the Guardian and the Evening Standard. His best known books are England’s Thousand Best Churches and England’s Thousand Best Houses.

Jane da Mosto. Co-author of The Science of Saving Venice and campaigner against cruise ships in the Venetian Lagoon.

Dr Simon Thurley CBE FSA FRIBA. Historian and archaeologist, formerly head of English Heritage, of Historic Royal Palaces and of the Museum of London. Among his publications is Men from the Ministry: How Britain Saved its Heritage.

Matthew Slocombe. Director of the Society for the Protection of Ancient Buildings (SPAB) and author of Traditional Building Materials.

Professor Andrew Wallace-Hadrill OBE FBA FSA. Professor of Roman Studies in the Faculty of Classics at the University of Cambridge, formerly director of the British School at Rome and a polemical authority on the conservation of Pompeii and Herculaneum.

The event begins at 3.00pm on Wednesday 7th November and concludes at 1.00pm on Friday 9th November.

Andrew Wallace-Hadrill
Herculaneum: Can the Past be Saved?

John Darlington
Caught in the cross fire: the current challenges of conservation in the Middle East

Jonathan Brown
Castle, slum or national treasure? Liverpool’s terraces and the planning battle of the century

Dinner for all participants at 60 Hope Street.

John Darlington
Heritage & war: conserving the past in
conflict zones

Marcus Binney
Wentworth Woodhouse back from the brink:
the rescue of a country house colossus

Hendrikus van Hensbergen
Action for Conservation: creating the next generation of nature conservationists

Jane da Mosto
Venice & cruise ships: why the problems persist and what we’re trying to do

Neil King
The conservation planning system, how it works

Simon Thurley
Tearing up the rules? Saving the 20th century

Simon Jenkins
Resurrection or Ruin – Bring to Life or let them Die?

There are three packages to choose from, with prices varying according to hotel.

A. Holiday Inn Express, Albert Dock: a large, no-frills hotel located in the conserved docks in a restored warehouse. The hotel has recently been renovated. Prices per person: Double/twin (two sharing): £580. Double room for single occupancy: £660.

Room and breakfast for two nights, admission to all talks, refreshments at the conference, dinner on Wednesday night and an evening lecture and drinks reception at Liverpool Town Hall, coach transport within Liverpool for some journeys.

Please contact us for a quote for extra nights either side of the weekend.

Alternatively, you can choose to attend part or all of the talks and discussions only, tea and coffee is included.

If you would like to attend the talks only, please contact us by phone or email to book. 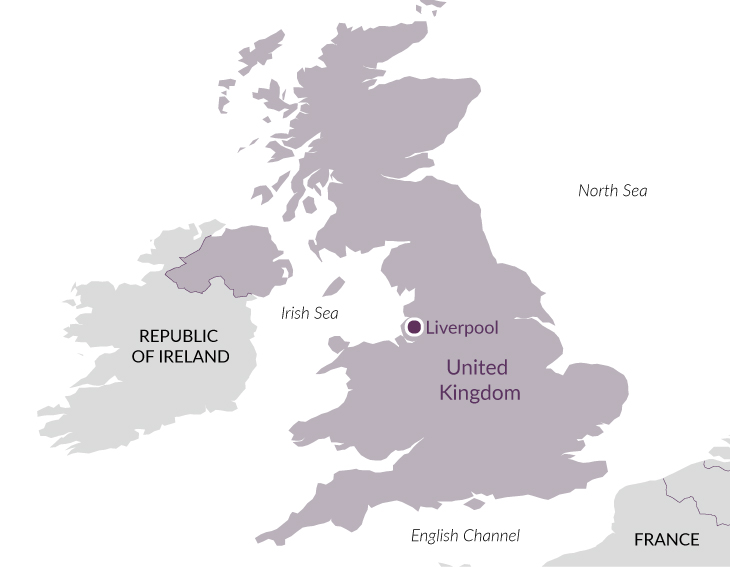 'Thank you for organising such an outstanding event. I feel so lucky to have been part of the audience to hear so many thought provoking talks.'

'A very happy weekend in the company of old and new friends.'

'Everything went very smoothly and the speakers were all authorities in their field.'

'What a terrific array of speakers.'

Testimonials from participants of our Symposium in Edinburgh, 2017.