Learn about making wine, olive oil and artisan foods from the craftsmen and women who carry on these age-old traditions.

Spectrum of culinary experiences from street food in Palermo to dinner in a private palazzo. Emphasis on authentic methods rather than haute cuisine.

If Sicily’s history is a layer-cake of the different cultures that have colonised the island through the centuries, its food is no less complex. Citrus fruits and ices were brought there by the Arabs before the Middle Ages. Wine-making was introduced by the Phoenicians, and during the Roman era wheat turned the inland hillsides to gold. The magnificent landscape remains a key source of agricultural richness for the island: Trapani is today Europe’s most productive grape-growing province.

What Sicily offers more than any other Italian region is an unrivalled cornucopia of sun-ripened vegetables and fruits, many grown on volcanic soils for added intensity of flavour. The Sicilians cook these products in myriad, colourful ways: sweet and sour, hot and spicy, fresh and nutritious – Sicilian food is arguably more exciting than its northern counterparts. It is also a mix of old and new cultures. Pasta is handmade in unique shapes to accommodate vegetables, capers, herbs and the varied seafood that make up the healthy Sicilian diet. Dessert lovers will be rewarded with some of the most delicious sweetmeats Italy has to offer: from the hollow cannolo filled with fresh ewe’s milk ricotta to elaborately decorated cassata cakes.

As the tour travels across the Western part of the island we visit small producers of artisan foods, wine-makers, home cooks and chefs alike, and do not ignore cultural sites that determine its key historical importance. Sample street food from market stalls in Palermo, the freshest seafood in the Mediterranean, and home-prepared dinners whose hospitable cooks will share their secrets with us. Walk in vineyards and olive groves, and around some of the finest archaeological sites on this ever-fascinating island. In Marsala, we’ll be the guests of one of Italy’s pioneer wine-makers, who were responsible for relaunching the great wines of the south.

Palermo. Fly at c. 8.30am from London City to Palermo, via Milan (ITA Airways). Palermo is the largest and most interesting city on the island: capital of Sicily from the period of Saracenic occupation in the ninth century, it reached a peak under the Normans and again during the Age of Baroque. First of four nights in Palermo.

Palermo. A morning walk to the city’s best market, sampling authentic street food. See also key cultural sites such as the cathedral, a building of many periods, and the church of S. Cataldo. In the afternoon see outstanding mosaics at the 12th-century Palace of the Normans, including the Palatine Chapel. Dinner at a private palazzo.

Monreale, Mondello. Monreale dominates a verdant valley southwest of Palermo, and its cathedral is one of the finest Norman churches with the largest scheme of mosaic decoration to survive from the Middle Ages. Lunch is at a Michelin-starred restaurant in Mondello, a charming seaside town known for its Art Nouveau villas, once the seat of the Palermitan high bourgeoisie and aristocracy. In the early evening the lecturer leads a wine tasting in the hotel.

Segesta, Partinico. With its magnificently sited temple and theatre, Segesta is one of the most evocative of Greek sites. Travel on to visit Mary Taylor-Simeti’s organic farm in Partinico, one of the earliest of its kind in Sicily, to have a simple and abundant lunch with the freshest produce from the farm and local area.

Erice. Depart Palermo, stopping for lunch and a wine-tasting at a superb winery. Continue to Erice, a medieval town perched on top of a hill, which boasts spectacular views of the coast and surrounding area. Demonstration and tasting of traditional pastries here, before continuing on to the charming port town of Marsala where the following three nights are spent.

Marsala, Mazara del Vallo, Menfi. There is a tour of Marsala in the morning, including a visit to the archaeological museum, most of which is taken up by an extremely well preserved Punic warship. Visit Il Museo del Satiro Danzante in Mazara del Vallo after a couscous cooking demonstration and lunch. The afternoon is spent at an award-winning olive oil estate, discovering their methods and tasting the oil.

Mozia. Drive north of Marsala to see the saltpans that have been in use since Phoenician times, and take a boat across the lagoon to visit the ancient ruins of Mozia. Visit the small Whitaker Museum which houses the fifth-century bc Auriga (charioteer), one of the most exquisite of surviving Greek sculptures. The afternoon is free in Marsala. Private dinner, visit and tasting at the cellars of a historic Marsala producer.

Fly from Palermo to London City Airport, via Milan, arriving at c. 6.30pm. 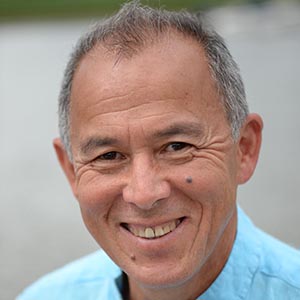 Wine, food and travel writer. Marc is the author, together with his photographer wife Kim, of some 14 books on wine, food and travel. Titles include The Wine & Food of Europe, The Wine Roads of France, The Wine Roads of Italy, The Food Lover’s Companion France, The Food Lover’s Companion Italy, and The Taste of Britain. He also has his own wine company, importing Italian wines from small family estates. When not on the road, Marc lives on the River Exe in Devon. Twitter: @Marc_Millon

Flights (economy class) with ITA Airways; travel by private coach; hotel accommodation; breakfasts; 4 lunches and 5 dinners with wine, water, coffee; all wine and food tastings; all admissions; all tips; all taxes; the services of the lecturer and tour manager.

We opt to travel to and from Sicily with ITA Airways because the only direct flights to Palermo are with low-cost airlines, with whom it is not currently viable for us to make a group booking. It is possible to choose our ‘no flights’ option and to book your own flights with Ryanair, which usually flies directly to Palermo in this period (Easyjet’s flights only run until around the end of October). Please contact us for advice or further information about this.

There is a lot of walking, some of it over rough ground and cobbled or uneven paving. Fitness and sure-footedness are essential. Some days involve a lot of driving. Average distance by coach per day: 47 miles. 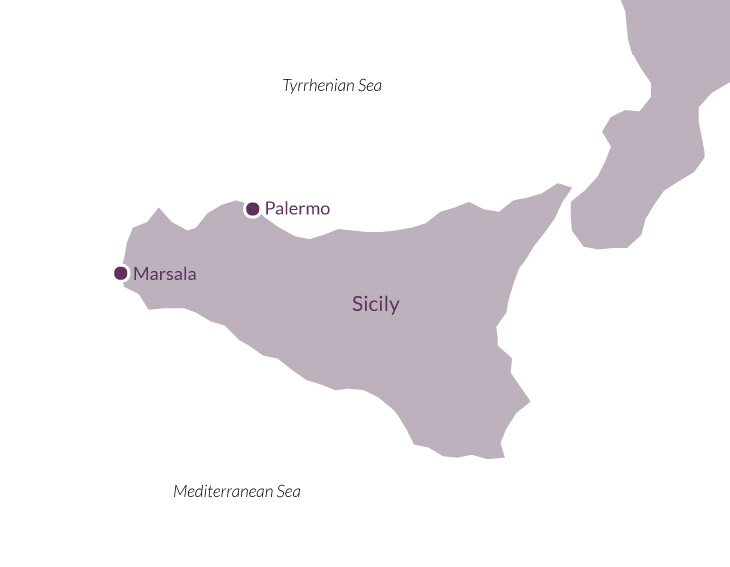 'I had high expectations of this tour and they were substantially exceeded! I thought the planning and execution of it were both excellent. Thank you!'

'Consistant high quality – this is the reason of going with Martin Randall.'

'Many thanks to all concerned for a wonderful tour.'