A comprehensive survey of the principal Archaic, Classical and Hellenistic sites in mainland Greece.

In Athens, a full day on the Acropolis and in the ancient Agora.

The Ancient Greeks had far greater influence on western civilisation than any other people or nation. For two and a half millennia, philosophy and ethics, the fundamentals of science and mathematics, prevailing notions of government and citizenship, literature and the visual arts have derived their seeds, and a large amount of their substance, from the Greeks. In the words of H.D.F. Kitto ‘there gradually emerged a people not very numerous, not very powerful, not very well organized, who had a totally new conception of what human life was for, and showed for the first time what the human mind was for.’

Whatever the depth of our Classical education, there is a deep-seated sense in all of us that the places visited on this tour are of the greatest significance for our identity and way of life. A journey to Greece is like a journey to our homeland, a voyage in which a search for our roots is fulfilled.

In no field is the Greek contribution to the modern world more immediately evident than in architecture. The grip upon the imagination that the Greek temple has exerted is astonishing, and in one way or another – ranging from straightforward imitation of the whole to decorative use of distorted details – has dominated nearly all monumental or aspirational building ever since. A striking and salutary conclusion, however, which inevitably emerges from participation on this tour, is that the originals are unquestionably superior. This is also true of sculpture.

This tour includes nearly all of the most important archaeological sites, architectural remains ­and museums of antiquities on mainland Greece. It presents a complete picture of ancient Greek civilisation beginning with the Mycenaeans, the Greek Bronze Age, and continuing through Archaic, Classical and, to a lesser extent, Hellenistic and Roman Greece. It also provides a glimpse of the spiritual splendour of Byzantine art and architecture.

It is a full itinerary, but the pace is manageable. Plenty of time is available on the sites and in the museums, allowing opportunity both for adequate exposition by the lecturer and time for further exploration on your own.

Fly early afternoon (Aegean Airlines) from London Heathrow to Athens. Stop for dinner before continuing to Nauplion, one of the most attractive towns in mainland Greece. First of three nights in Nauplion.

Nauplion, Tiryns, Mycenae. Today’s theme is the Mycenaean civilisation of the Argolid Plain, the Greece of Homer’s heroes (16th–13th centuries bc). Visit Tiryns, a citadel with massive Cyclopean walls of enormous blocks of masonry, and Mycenae, reputedly Agamemnon’s capital, with the Treasury of Atreus (finest of beehive tombs) and Acropolis (Lion Gate).

Corinth, Epidauros. The site of Ancient Corinth has the earliest standing Doric temple on mainland Greece, and a fine museum with evidence of Greece’s first large-scale pottery industry. Epidauros, centre for the worship of Asclepios, god of medicine, where popular magical dream cures were dispensed, includes the best-preserved of all Greek theatres.

Arcadia, Bassae. There are spectacular views of Nauplion from the 18th-century Venetian Fortress of Palamidi. Drive across the middle of the Peloponnese, through the beautiful plateau of Arcadia and past impressive mountain scenery. A stunning road leads to the innovatory and well-preserved 5th-century Temple of Apollo (in a tent for protection) on the mountain top at Bassae (3,700 feet) and through further breathtaking scenery to Olympia. Overnight Olympia.

Olympia. Nestling in a verdant valley, Olympia is one of the most evocative of ancient sites; never a town, but the principal sanctuary of Zeus and site of the quadrennial pan-Hellenic athletics competitions. Many fascinating structures remain, including the temples of Hera and Zeus, the workshop of Phidias and the stadium. The museum contains fragments of pediment sculpture, among the most important survivals of Classical Greek art. First of two nights in Delphi.

Delphi. Clinging to the lower slopes of Mount Parnassos, Delphi is the most spectacularly evocative of ancient Greek sites. Of incalculable religious and political importance, the Delphic oracle attracted pilgrims from all over the Hellenic world. The Sanctuary of Pythian Apollo has a theatre and Athenian Treasury, and the Sanctuary of Athena has a circular temple. The museum is especially rich in Archaic sculpture. Some free time amidst the austere beauty of the valley.

Hosios Loukas, Athens. Visit the Byzantine monastery of Hosios Loukas in a beautiful setting in a remote valley, one of the finest buildings of medieval Greece with remarkable mosaics. The Agora (market place) was the centre of civic life in ancient Athens, with the small Doric Hephaisteion, the best-preserved of Greek temples. First of three nights in Athens.

Athens. The Acropolis is the foremost site of Classical Greece. The Parthenon (built 447–438 bc) is indubitably the supreme achievement of Greek architecture. Other architectural masterpieces are the Propylaia (monumental gateway), Temple of Athena Nike and the Erechtheion. At the Theatre of Dionysos plays by Aeschylus, Sophocles and Euripides were first performed. The new Acropolis museum has superb Archaic and Classical sculpture, including some by Phidias and his assistants.

Athens. The refurbished National Archaeological Museum has the finest collection of Greek art and artefacts to be found anywhere. The vast Corinthian Temple of Olympian Zeus was completed by Hadrian 700 years after its inception. Kerameikos Cemetery was where Athenians were buried beyond the ancient city walls. Some free time.

Athens. Drive to the Temple of Poseidon at Sounion, overlooking the sea at the southernmost tip of the Attic peninsula, visited by Byron in 1810. Fly from Athens, arriving at Heathrow at c. 3.30pm (Aegean Airlines).

Emeritus Professor of Ancient History at Newcastle University. A historian and broadcaster specialising in Greek and Roman antiquity and in rulers’ courts. In 2018, he published The Story of Greece and Rome, (Yale University Press, paperback February 2020). Other books include The Complete Greek Temples, Greece: An Oxford Archaeological Guide (with C. Mee), and Versailles: A Biography of a Palace.

View excerpt from Professor Antony Spawforth’s lecture – ‘The Greeks and why they are harder to explain than the Romans!’ (London Lecture Afternoon, October 2017). 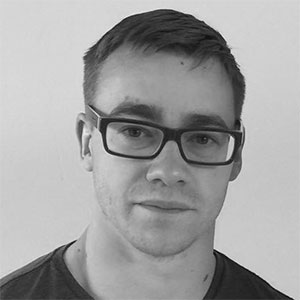 Lecturer in Classics at King’s College London and specialist in the culture of the Greeks and Romans of the Imperial period. Has travelled extensively through the Mediterranean region and its Graeco-Roman sites. His recent book, Latin Poetry in the Ancient Greek Novels (Oxford), explores the cultural dynamism and interaction between Greece and Rome during this period, and he has written a number of academic articles on how the Greek world processes the reality of the Roman empire. Holds degrees (BA, MSt, DPhil) from the University of Oxford and has held lecturing and research positions at the Universities of Oxford and Cambridge.

Air travel (Economy Class) on Aegean Airlines (Airbus A321); private travel by air-conditioned coach (Day 8 is on foot); accommodation as described below; breakfasts, two lunches and seven dinners with wine, water and coffee; all admissions; all tips for waiters, drivers and guides; all state and airport taxes; the services of the lecturer, local guide and tour manager (if applicable).

This is a long tour with three hotel changes and some long journeys. You will be on your feet for long stretches of time, in some cases on exposed sites and walking over rough terrain and therefore sure-footedness and agility are essential. Average distance by coach per day: 75 miles. 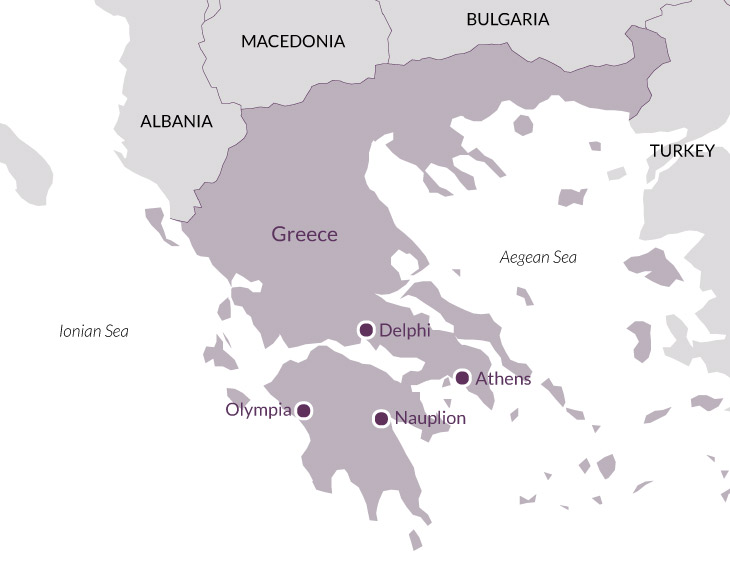 'A really excellent itinerary in chronological order… The trip exceeded my expectations in all areas.'

'The tour was excellent.'

'The programme was full but still gave enough time for independent activities and relaxation. Just the right balance between travel and sight seeing. Good choice and order of sites.'